(Article by Jonathan Genton for ‘In Time of Lockdown: Reflections on Locks, Lockdown, Isolation’ – Summer 2021)

Imagine that you and your team are preparing yourselves for the ‘space’ round in a forthcoming quiz.

‘Who was the first man to walk on the Moon?’
‘Neil Armstrong – everybody knows that.’
‘And the second man?’
‘Buzz Aldrin – most people know that too.’
‘And the third man?’
‘To walk on the Moon? No idea.’
‘That was Charles Conrad. Not a lot of people know that. What about the third man on the Apollo 11 mission?’
‘No, you’ve got me there, Ted.’
‘That was Michael Collins.’

Michael Collins is still going strong at the age of 90, having visited the White House as recently as July 2019, fifty years after the successful Apollo 11 mission. On July 20th 1969, Armstrong and Aldrin entered the lunar lander ‘Eagle’ and prepared for their descent to the lunar surface. Collins was left alone aboard the lunar orbiter ‘Columbia’. He inspected ‘Eagle’ as it rotated in front of him to ensure that the landing gear had deployed correctly and cleared Armstrong and Aldrin for departure on their ‘day trip’ to the Moon.

During almost 28 hours flying solo around the Moon, Collins completed 14 orbits. Although a journalist wrote ‘not since Adam has any human known such solitude’, Collins said that he never felt lonely and later wrote ‘this venture has been structured for three men and I consider my third to be as necessary as either of the other two’. During each orbit of two hours, Collins was out of radio contact with Earth for 48 minutes and so isolated from the whole of the human race. He held the individual record for the greatest distance away from the nearest human, at about 2,500 miles. Collins reported that his feelings were not loneliness and isolation, but rather ‘awareness, anticipation, satisfaction, confidence, almost exultation’. However, he did later admit to being very worried about Armstrong and Aldrin’s safety. If they died on the Moon – and the probability of this was small but significant – he would have had to return to Earth alone and, as the mission’s sole survivor, be regarded, he thought, as ‘a marked man for life’. 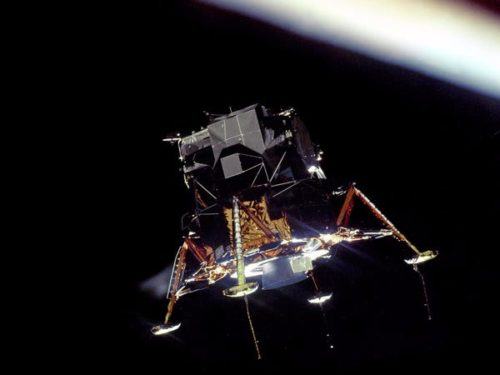 Much to his relief, ‘Eagle’ docked safely with ‘Columbia’ on July 21st, the trio were reunited, ‘Eagle’ was jettisoned and ‘Columbia’ started its return journey to Earth, splashing down in the Pacific on July 24th. On the way home, having spent so much time aboard ‘Columbia’, Collins felt obliged to leave his mark on it. He entered the lower equipment bay and wrote ‘Spacecraft 107 – alias Apollo 11 – alias ‘Columbia’. The best ship to come down the line. God Bless Her. Michael Collins, CMP’, CMP standing for Command Module Pilot.

If you wish to prepare your team for the ‘obscure music’ round, here are three references to Michael rather than Phil. In 1970, English rock group Jethro Tull released ‘For Michael Collins, Jeffrey and Me’”, comparing the ‘misfit’ feelings of vocalist Ian Anderson and his friend Jeffrey Hammond with the astronaut’s own, as he was left behind by the ones who had the privilege of walking on the surface of the Moon. In 2013, indie pop group The Boy Least Likely To released ‘Michael Collins’, using Collins’ feeling that he was blessed to have the type of solitude of being truly separated from all other human contact in contrast with modern society’s lack of perspective. In 2017, American folk artist John Craigie released his own ‘Michael Collins’, embracing Collins’ role as an integral part of the Apollo 11 mission with the chorus ‘Sometimes you take the fame, sometimes you sit back stage, but if it weren’t for me them boys would still be there’. 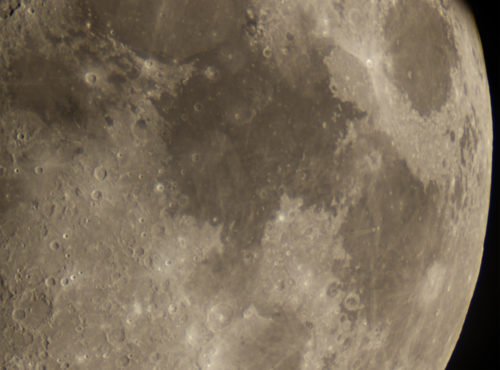 Photo by G. James: A Close up of the Sea of Tranquility (where Collins’ colleagues landed while he was contemplating existence on his own in the orbiter) taken through the Cooke 10-inch telescope at the Marlborough College Blackett Observatory

Notes: Michael Collins died on 29th April 2021, aged 90, between the composition of this article and its publication